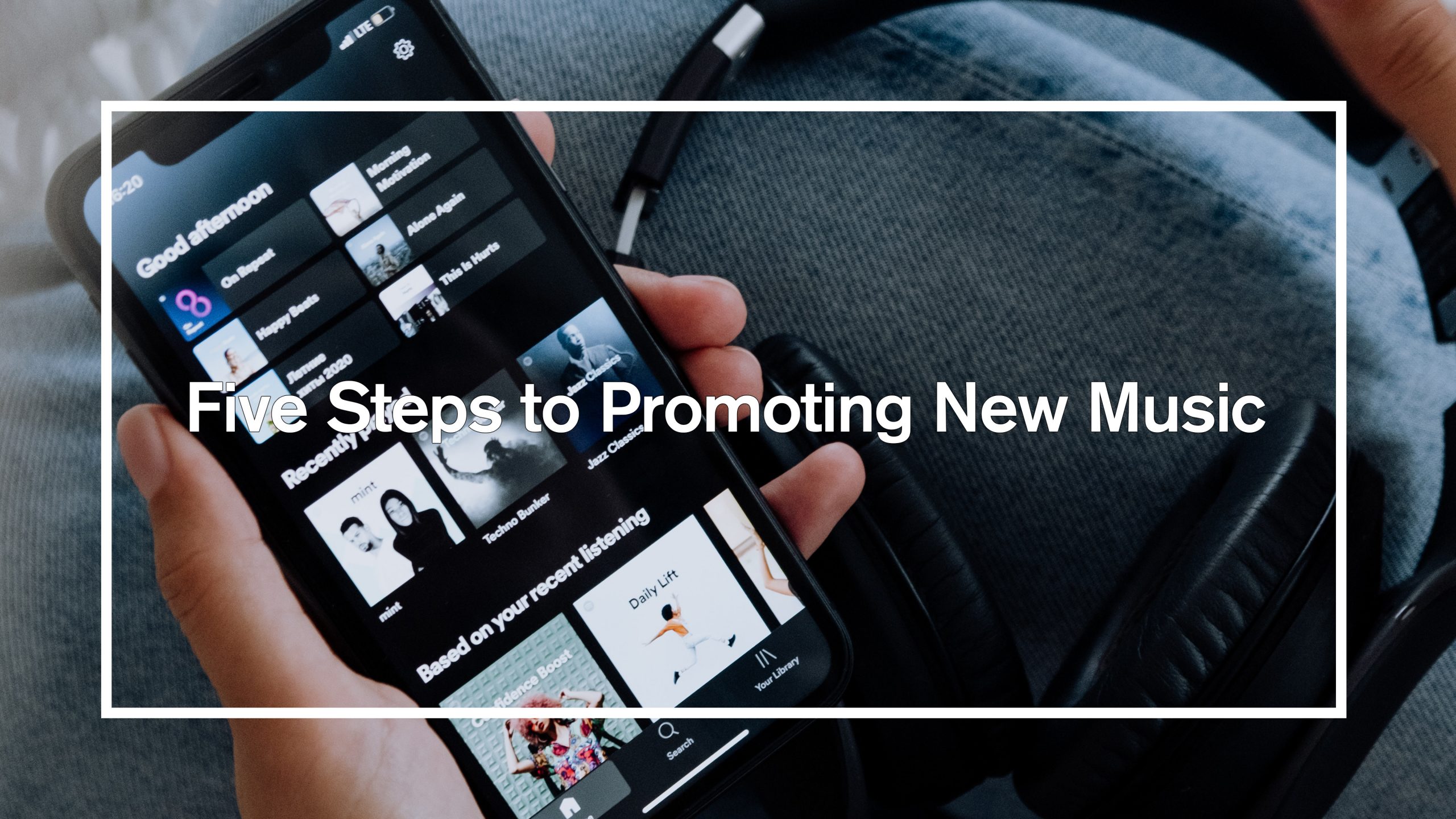 As little as 10/15 years ago, promoting new music and getting your music on iTunes to a more mainstream audience was a complicated process that required paying companies like CD Baby to distribute your music. Back then it cost a pretty penny, too. Instead, you had to suffice with MySpace and SoundCloud (which was way better back then). These were decent platforms in their heyday, but not everyone had access to or were willing to access these websites to listen to your music. It was all analogue, baby!

Move forward to today where music streaming dominates how we consume music, it’s become incredibly easy to get your music onto iTunes, Apple Music, Spotify, Deezer, and more. But with that comes oversaturation. If you can do it, so can everyone else. Plus with services like RouteNote and Amuse, you can do it completely free, further oversaturating the music industry with every Tom, Dick, and Harry with a copy of Garage Band to upload their 5-minute post-rock demos.

So this begs the question, how do you compete against all of the noise? While there are no sure-fire, guaranteed ways to do this, here are five simple steps to promoting your new music which should hopefully get the ball rolling and get you familiar with marketing your music.

Okay, so this step is a little harsh, but unfortunately the music industry isn’t going to pussyfoot around you and your fragile ego. If your music is bad, no matter how much marketing or promoting you put into your release, it’s going to fail. So how do you make “good” music? Well, music is subjective so I can’t sit here and tell you how to turn your alt-R&B track into a banger, but what I can suggest are some ways you can technically improve your music or reach out to peers for help.

Technically speaking, you want to make sure your mix is well balanced and your master brings out the best in your track. While I’d say I’m the last person to offer advice on this, there are absolutely buckets of insanely talented producers on YouTube who dive deep into music composition, mixing, and mastering.

If you’re good in that department, before releasing your music to the world, seek feedback from your peers. Head on over to Reddit, see if there’s a subreddit for your genre or head to the many music-making subreddits like /r/WeAreTheMusicMakers. Of course, this feedback is subjective, too, but it could highlight areas of improvement.

Ultimately though, you want to spend as much time perfecting your craft as you can. That being said, any seasoned producer will tell you that even after months of working on a release, they’ll always be critical of their own work it’s just a natural spiral we all seem to go down.

So you’ve now got a track or a composition of tracks that are ready to go out to the world but I hate to break it to you, this is just a very small part of the overall picture. Next you need to think about visuals. This includes album artwork, social media posts, and other key assets all of which need to be visually coherent so that when they appear on someone’s feed, it’s not only recogniseable, but also intriguing enough to pique someone’s interest.

As well as the music, you want your visuals to also tell a story, provoke a feeling, and be just as appealing as your killer release. It’s all well and good grabbing an image from unsplash or Pexels, but you also want it to shout above the noise of all of the other cover arts and social media posts. Try and create something that has a key element, something you can use across all types of media that, at a glance will tell people that it’s your release.

This could be anything from an element within the artwork itself, like a balloon, a person, or something as simple as a sticker or block of colour on the artwork itself. Something that, when you share it on your Instagram Feed, it’s also instantly recogniseable on your Stories, or on a Twitter post, and most of all, on Spotify, Apple Music, and more.

Once you have your music and killer artwork it’s now time to plan. Before you begin spamming your social media take the time to actually plan how you’re going to do that. First of all, you want to distribute your release at least four weeks before your proposed release date. Sure, you can send it off to stores and have it go live ASAP, but you’ve given yourself no time to let people know about your release, plus you’ll miss out on pitching to Spotify editorial.

Sending it off four weeks in advance gives you plenty of time to receive the track in your Spotify for Artists (if you’ve claimed it already) and pitch it to editorial. It also gives you enough time to plan your release strategy and create a simple calendar to share your upcoming release on social media.

Once it’s off to stores, you can begin to promote the release. A new feature Spotify has added recently is the ability to grab the URI of your upcoming track or album, this is perfect for if you want to start a pre-save campaign too. While distributors like DistroKid offer pre-save pages, others may not. So with this URI you can head to sites like Feature.fm and set up a simple Spotify pre-save page for potential fans to save the track/album before it’s out!

With a pre-save page you now have something actionable to promote – this is key as it gives potential listeners something to actually do when you share your artwork or Instagram Story. While spreading awareness about your release is a good start, let’s be real who’s really going to remember the release date for your track four weeks in the future?

Of course, creating a calendar will also help with this. Try and plan to post something once or twice a week relating to your upcoming release while also keeping your usual social media routine. Post personal things in between as not to flood your followers, at the end of the day you’re a human person too, so let people know that.

Finally, utilise all of the different formats on these platforms – specifically Instagram which has feed posts, IG Stories, Reels, and IG TV. You can create four different types of content here.

This is a pretty big step, so let’s summarise:

So you’ve distributed your release, posted it on social media, and driven a good number of pre-saves. Now it’s release day and I’m not going to sugar coat it, you’re not done yet. Sure, you might see some great results from your pre-release promoting, but now it’s out you want to keep the momentum going. This can be done a number of ways, first continue your social media activity. The track is out now, so tell everyone! Utilise the sharing features that Spotify, Apple Music, Deezer, and more offer (mostly Story posts) as it links directly to the release in these stores.

Outside of social media, spend some time combing through Spotify and Apple Music for playlists that might fit your track. A good hack to make this a little easier is to use search terms like submit or @gmail.com or submissions along with your genre or playlist mood you’re looking for. This usually brings together playlists that accept submissions and how to submit to them. Another tip is to look through the playlist to see if one particular artist pops up a lot. If they do, head to that artist page and see if they’ve added the playlist under their “Artist Playlists” section. If they do, chances are it’s their playlist. Find their social media page, and reach out.

Once you’ve compiled a list of playlists and their contact details, the next task is to reach out. This is a daunting task and pitching to Spotify playlists the right way is key. Make sure you check the vibe of the playlist to see if your music fits, if you’re reaching out to the curator, make sure to check and double check how they accept submissions, and also be patient.

Finally, create content around your new release that isn’t just “here’s new music!” one great example is TikTok user PeteyUSA who creates skits with his music in the background. It took me a little while to realise he was a musician but because I enjoyed the content he made, when he started talking about his music I just had to check it out! Try and think outside the box. How can you engage a new audience while also delicately pushing your music out there?

This next step to promoting new music is entirely dependent on budget as running an ad campaign, whether big or small, requires cash. If you don’t have it, that’s okay this isn’t necessarily a vital step, just another way for you to get your music to new audiences

So ads. The simplest way I can suggest is Instagram, which has its own built-in promotional tools. If you have a business account you’ll likely be given the prompt to “boost this post” or something similar. This is the simplest way to run a social media ad as Instagram kind of takes the reigns. All you really need to do is set a budget and go. In the long run, though this might not be the best way to advertise your new release as for one, it’s not really scalable, nor are you able to A/B test different ad types or really track if users are actually clicking through to your music – you might see a spike in plays, but this may not necessarily be from your ad campaign.

Fortunately, YouTube creator Andrew Southworth has some incredibly detailed yet simple to understand videos on how to get started with Facebook Business and running really detailed and lucrative campaigns for your music.

Like I mentioned before, this is dependent on budget, and if you don’t have one that’s okay. This could be a step to keep in mind for future releases.

Speaking of ads, another method of promoting your release which requires cash, is a lot riskier, and something you likely would have run into on the last step, is paying for playlist placements. From experience, I wouldn’t recommend it, the reason for this is that paying for placements falls into a bit of a grey area as technically it’s against Spotify’s TOS, but as you’ll quickly discover, curators asking for payment for placements is sadly unavoidable. Fortunately, if this is something you’re considering there are ways to check if paying for that Spotify playlist placement is worth it.

As I mentioned in the beginning, these are just a few simple steps that’ll help get the ball rolling and frankly I’ve only really scratched the surface of what you can do to promote your new release. Getting familiar with the music release cycle is probably the biggest step you can take, knowing how much time goes into not only making the music but getting it out there is key. Especially as an independent artist, it can seem incredibly daunting. But once you find your groove, find what works for you, you’ll soon be able to knock out a killer release campaign.