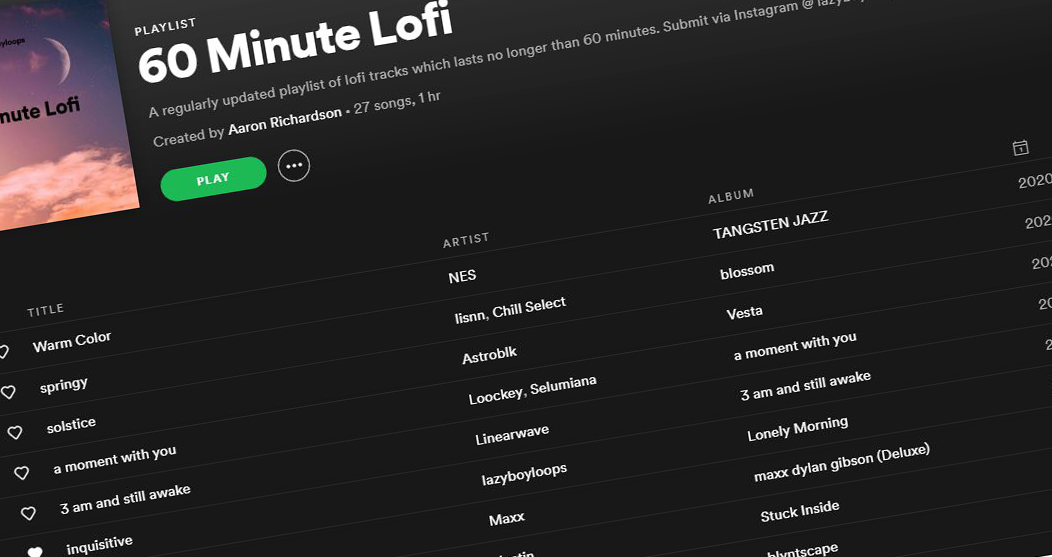 How to get Spotify playlist placements – the right way

What I’m about to write won’t be an easy pill to swallow: Getting Spotify playlist placements isn’t a quick fix to getting your music heard and becoming “famous”, it’s just a small part of a much broader marketing strategy. It is an important part, don’t get me wrong, but don’t hang your entire music career on whether you get Spotify Editorial on your next release.

Getting placements on playlists, both editorial and curated, is a task that may require as much attention as making music itself. It’s less about bombarding curators with your music like you’re a store clerk at a perfume counter and more about building relationships. No one likes being spritzed in the face by floral-smelling napalm so why would you want to do that with curators too? So, let’s stop with the analogies and dive into the best methods to get Spotify playlist placements.

My first tip is to listen.

Before you eagerly copy the URL to your latest track take the time to do research and listen to playlists you’re interested in submitting to. It might seem like a daunting task, especially as some playlists can have hundreds of songs, but this step is probably the most important step to getting results.

If the music on the playlist doesn’t align well with your own music, chances are it’ll never get picked. If the playlist has a particular theme, does it fit? Is there a certain mood the curator is going for? If so, does your music fit? If you haven’t already figured it out: if your music doesn’t fit it likely won’t get accepted.

I’d advise spending some time building a personal database of playlists you think your music would place well with. It may be ten, fifty, or one hundred playlists. Obviously the more the merrier, but do what works best for you and what you can comfortably keep track of.

My next tip is to take your time.

So you’ve got your list, and now you just want to reach out to curators to get your music heard. Woah now nelly, not so fast. The next step is to just pump the brakes slightly because if you don’t take your time you risk making mistakes that could cost your placement onto playlists.

I’m guilty of this myself. I’ve found a playlist I want to be featured on and I’ve eagerly found the curator’s contact details and fired across my link, only to realise they don’t accept submissions via that particular contact method. Countless times I’ve found the personal Instagram or email addresses of the people associated with playlists and sent them a message only to later realise they only accept submissions via a link clearly labelled either on their website, the playlist description, or their social media bios. This could have, and most likely did, cost me my placement on their playlist.

Have patience and take your time to find the correct ways to submit to get Spotify playlist placements. If it’s not obvious, strike up a conversation with the curator and ask. Don’t just blindly spam links. No one likes that and may sour any future relationship you may have with that curator.

One final thing about patience. Once you’re at the stage of submitting your music and have sent off your submission: play the waiting game. Don’t be too keen to follow up on your submission. Most good playlist curators will give you a heads up if they’ve accepted your submission. If you find that they’re letting the world know that they’ve updated their playlist but haven’t been told, it’s likely you didn’t make the cut this time. Plus, just to make sure you can utilise the search bar at the top of the playlist to double-check.

Remember, playlist curators are people too. They enjoy music just like the rest of us, and choose to put that joy into curating a playlist! It’s a cool thing they’re doing, so show your respect by not just blindly spamming your links. Make a conversation, follow them on social media, interact with them and build a relationship. As someone who curates playlists I’ll admit we know when people are fishing for placements, but the sheer fact that you’re making an effort to interact and engage with us can leave a good impression and sometimes win us over when it comes to going through submissions.

So you’ve got your list, you’ve found out how curators accept playlists, and you’ve even started to make friends. What’s next? Well now you can grab your URL and start reaching out. But before you head to Google Docs and typing out your canned “Hey, here’s my latest track! Wanna add it to your playlist” email. Stop. First of all be polite, second of all, don’t copy/paste your message/email. Curators will likely see right through this, especially as it’ll likely be generic as hell. Be personable, be down to Earth, I’ve already written this once but it’s worth repeating, curators are people too.

If you’ve interacted often, use some of that in your reply. Noticed they’ve released new music themselves? Mention it. Have they shared another artist you enjoy on their Instagram? Cool! Bring it up in your email or message. Strike a conversation, don’t just spam.

On the note of making friends and being polite, a lot of curators are starting to utilise Discord for playlist submissions which is great as it gives you a direct and almost instant link to the curator. One big faux pas I’ve been noticing recently though is the sheer amount of people who dump their tracks into the submission channels of these Discord servers then just jump out of the server like it’s nothing.

Here’s the thing though, curators know this and really dislike it. At least spend some time interacting in the server, make an introduction, jump into a chat. Get involved.

I’m not saying to sit 24/7 being a Chatty Cathy, but at least stop by and say “hi” on occasion, or interact, react, or reply to any announcements that may be made.

See a playlist with 15k followers who’s only way to submit is to send them some cash via Ko-Fi or PayPal? That’s cool, but it’s likely not worth the few dollars you’ll spend submitting. Trust me from experience sending someone $3-5 may seem like nothing, but the return on investment (which is what transactions like this should be considered: investments) is likely piss poor seeing as Spotify pays artists diddly-squat.

While I can’t blindly deter you from paying for placements, I can advise that it really isn’t worth it. Instead use that money on something beneficial to you and your music. There are many curators with great numbers who accept placements for free, and those are more valuable in the long-term.

If you’re still debating throwing a few dollars to get that playlist placement, here’s another post I wrote that might help with that decision.

One thing that should be mentioned are the two sites above. DailyPlaylists is a completely free submission service for Spotify playlist placements which is great, the only real drawback is that in order to submit to playlists you’ll have to login via Spotify and will be required to follow various playlists, artists, and profiles as well as save tracks, all of the curators choosing. So if you’re someone who likes to keep their Spotify organised, this may be a bit of a pain in the ass.

The second is SubmitHub. This service, while similar to DailyPlaylists is a little more particular. It offers both free and premium submissions as well as hundreds of different curators and very clear stats on how their playlists perform. The drawback to this particular platform is that some of the much larger curators require premium credits in order to submit, which does almost go back on my last point about paying for placements, but get this, if you spend the time to understand curators and their playlists as outlined in all of the other points above, you’re more likely to get a good response and accepted onto their playlist.

That being said, if you do get denied and have used premium credits, you’ll likely receive feedback from the curator which will definitely prove to be valuable in the future when you next submit. Personally I find SubmitHub’s premium credit scheme a win/win. If I don’t get accepted, I get to learn why, and hopefully find something more fitting in future.

Don’t be discouraged if your track didn’t make the cut this time. Maybe it just wasn’t the right vibe for the curator, maybe the curator was overwhelmed by submissions and just simply didn’t get to your track yet. If you’re fortunate enough to get feedback – even if it might be critical – don’t be butt hurt. Take that criticism on board and put it into your next release. You never know, it might be what makes your next track stand out!

Taking criticism and feedback on the chin is the best thing you can do not only for musical growth but for personal growth too. Not everyone is going to like your music, but there will be people who do, so don’t be discouraged.

A note about Spotify Editorial

Spotify advise that you should submit your track to their Editorial curators around a week before release. The general rule of thumb, however, is to get it in sooner rather than later. Give your track at least a four-week lead time to submit to editors, that way you give them plenty of time to get to your track and consider it for editorial.

Is there a way you can contact Spotify editorial curators directly? The short answer, no. Trust me, I’ve tried searching social media for people who work at Spotify or claim to be a curator, but chances are you’ll find plenty of people not affiliated with the streaming service over those who actually work there.

I have noticed from experience that certain labels and collectives have direct links with curators, but that’s a completely different topic which we’ll likely touch on later.

That concludes my list of tips and tricks for getting Spotify playlist placements. To summarise, do your research, don’t spam links, be a decent human being, and be patient. If you follow those points you’ll likely be well on your way to getting placed on some killer playlists!

If you’ve read all of the above and you’re still lost or overwhelmed then why not get in touch with my label, Kiwi Bear Records, we’re an artist-first label who offer playlist pitching, asset creation, marketing, PR, and more.